Pointing to the world map covering the Cool Beans Coffee Shop wall, café co-owner Brandon Rodriguez Ornelas beams with delight as he talks about the various places from which his customers hail — Tunisia, Brazil, Yemen, Korea.

“It’s great to connect with people. Two guys from Nepal were in here recently trying the tamarindo, and they said it took them back to when they were children,” said Ornelas, who moved here from Mexico City. “Being able to give someone that warm feeling of being at home was pretty cool.”

He and his partners, sister Brisa Rodriguez and cousin Alfredo Lopez Ornelas, opened Cool Beans inside the Cordova International Farmer’s Market on Germantown Road three months ago. This year, they plan to expand their menu to accommodate the eclectic tastes of their international customers.

About a year ago, the three partners began discussing opening their own business.

“We first thought of opening a restaurant, but it seemed like too much work,” said Ornelas, who stays busy as a University of Memphis student and intern at Bellevue Baptist Church. Around the same time, management at the International Farmer’s Market approached his cousin Alfredo, who works at the market, about a potential business opening inside the market. From there, the idea for a coffee shop was born.

“We had no experience with coffee,” Brisa Rodriguez said. “We wanted to open a coffee shop to share with others about Jesus and to pray with them and just talk with and get to know the community.”

Elle Perry: Memphis Grindhouse: A coffee with a cause

Rodriguez says the lack of coffee shops in the Cordova area was also a major factor in deciding to open the new shop, and several members of the Memphis coffee community helped them along the way. She credits Benji Fulfer, among others, with teaching them all about coffee, pour overs and espressos.

To learn more about the world of coffee, Ornelas went around to established coffee shops in the Memphis area, and local coffee roasters Bartholomew Jones and John Brooks, along with Ethnos Coffee owner Kenny Baker, made a huge impact on getting Cool Beans off the ground.

Along the way, the partners enjoyed some good luck when the International Market owners happened to have unused coffee brewing equipment on hand, and they sold it to the budding entrepreneurs at a nice price.

“That’s when you see God opening doors, and I knew this was going to prosper,” said Ornelas, who describes the overall experience of the past year as a rollercoaster ride. “For me not being a businessman, I’m learning as I’m going. So it’s kind of cool to how that happen biblically.”

He cites Moses, who was called on by God to do something he did not know how to do, and Joseph, who was a slave who rose to govern an entire region, as examples.

“Both were obedient despite the fact that it wasn’t an easy ride, but they just had faith in God,” Ornelas said. “Seeing that also play out here has been amazing.”

The shop space inside the market was previously a storage closet.

Cool Beans partners with local roaster Ethnos Coffee, using its beans for espresso drinks and pour overs, and also selling its beans separately. The menu features espresso shots, macchiatos, cortados and lattes, along with seasonal drinks like an egg nog latte. Also on the menu are Mexican aguas frescas like horchata, tamarindo and jamaica.

“We’ve introduced a drink called taro, which is like a purple potato with a cookies and cream flavor to it, and we made it into a latte. It sold like crazy and now we’re waiting for a new shipment of taro to come in,” Ornelas said. “Something we want to push for maybe in the spring or summer is to make bubble teas, and we’re perfecting our Thai tea recipe right now.”

The shop also partners with La Baguette and La Espiga to provide pastries, muffins and more.

Ornelas hopes to continue to build business relationships and to possibly open more Cool Beans shops in the future.

“We’re just seeing where it goes,” Ornelas said. “We’ll just pray about it. It could be that God moves us to do more in the Memphis metro area, or it would be cool if it was somewhere in Utah, Florida or California.” 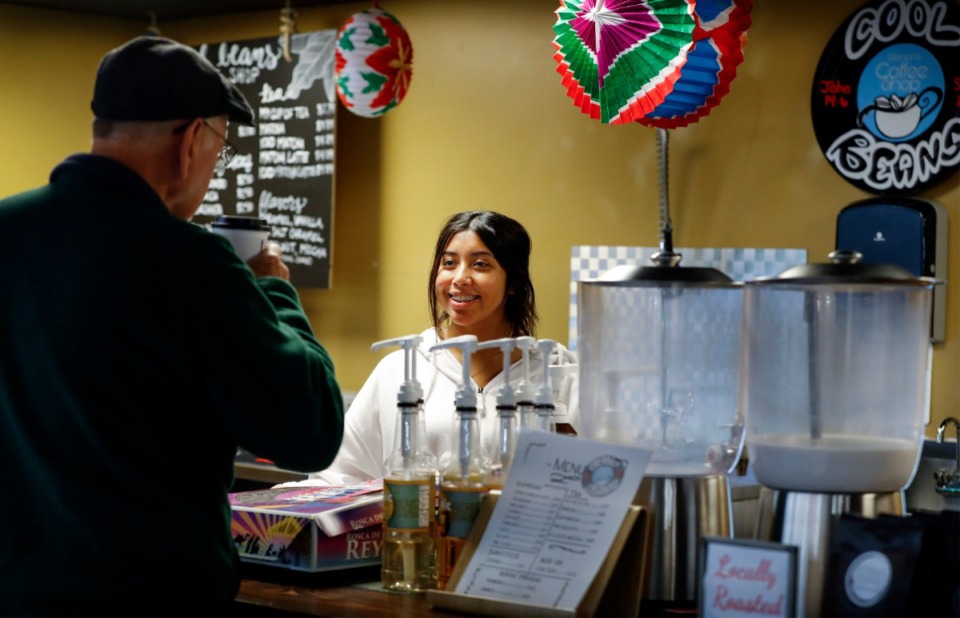