Call to invest in high-value crops for export benefits

Call to invest in high-value crops for export benefits

KATHMANDU, Jan 5: Agriculture analysts have urged the government to facilitate the agricultural products based on comparative advantage in order to gain from trading of the agro products.

The government has been investing large amounts of money in the agricultural sector annually in the name of providing subsidies. However, the government-invested funds have failed to benefit the country – be it in improving productivity or reducing import reliance.

Shyam Prasad Dhakal, an agriculture expert and former official at the Ministry of Agriculture and Livestock Development, said Nepal has comparative advantage on farm products such as kiwi, lime, tea, coffee and off-seasonal potatoes, among others.

“Failing to provide subsidy through proper mechanism and in the desired segment, it has failed to yield the desired productivity,” Dhakal told Republica.

Giving an instance of kiwi, Dhakal said the product could be harvested in around 30% of the country's arable land area.

“While our neighbors are importing huge amounts of the fruit every year from third countries, Nepal can benefit by focusing production and export of such products,” said Dhakal adding that the government could promote the crop as an import-substitute to minimize expanding trade deficit.

Coffee is also one of the high value crops that Nepal can have comparative advantage. However, the country has not been able to boost its production despite witnessing high demands from abroad.

Indra Lal Singh, a farmer operating in Kavre and Ramechhap, said lack of research in coffee production has led to low production despite an expansion in the cultivation area. “There is no proper study on the genetic defects of the coffee seeds being used in the country,” said Singh. According to him, Nepal imports notable quantity of low priced coffee from countries like Singapore, Vietnam and India.

Year on year, Nepal has been facing widening trade deficit, also mainly with an increasing import of agricultural products compared to the nominal amount of exports of farm items. In the first five months of the current fiscal year, Nepal paid import bills of Rs 581.25 billion, out of which around one-fifth is in agricultural products, according to the Department of Customs. Over the period, Nepal earned Rs 47.61 billion from exports.

Of the total exports, earnings out of palm oil shared notable shares. Nepal exports palm oil, almost all of which is imported from the third countries, to India.

Rajesh Kaji Shrestha, president of Nepal Chamber of Commerce, said the government has to invest in the production of Nepali orthodox tea, which is in high demand abroad.

Giving an instance, Shrestha said a trading house based in Qatar has recently signed an agreement with Gorkha Tea Estate in Ilam to purchase Nepali tea on annual basis. “In this context, the government needs to promote organic farming along with supporting the farmers to gain organic certification to boost its exports to fetch more foreign currency,” he said. 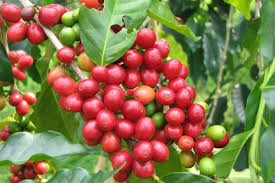