Like many other agricultural countries being supported by Agriterra, Nepalese organisations have been a beneficiary of its services since 2012. However, it became more prominent after the establishment of its office in Kathmandu in 2016. Since then, the agency has been supporting 15 organizations of Nepal and the number is increasing every year. It was made clear by the visit of Mr. Richard van der Maden, Business advisor and Mr. Yorick Bruins, Business advisor from Agriterra Netherlands who were guided by Trijan Singh and Rijan Oja from Agriterra based in Nepal.

Mr. Maden also made it clear that cooperatives are not followers but leaders and successful leading cooperatives make a difference, this is the reason Agriterra provides hands on expertise on key issues such as operational management, governance, financial management, business development through marketing of agricultural products, extension services, setting up of study groups and record keeping for farmers.

National Tea and Coffee Development Board would like to extend best wishes to Agriterra for more success and would also like to thank from the deepest core of our hearts for helping unleash the power and capabilities of various agricultural cooperatives in the economic development of Nepal and we also look forward to working hand in hand with Agriterra in the coming days. 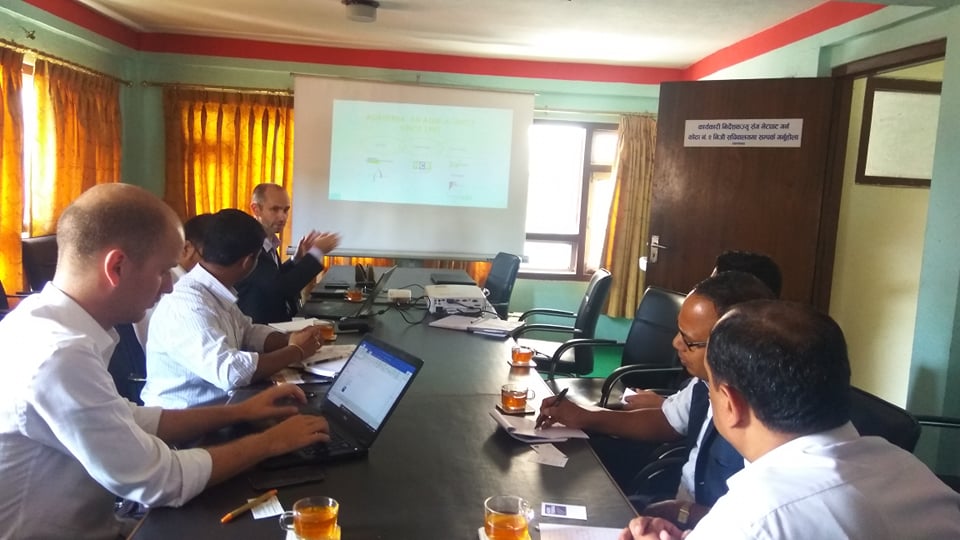